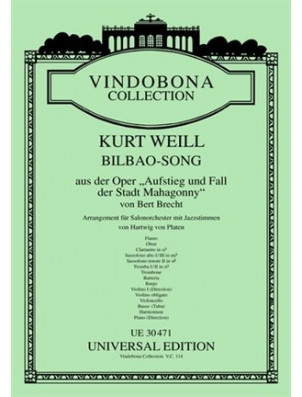 A gang of criminals is hanging out in Bill's Beer Hall, plotting their shakedown of a local pharmacist while waiting for their mysterious female boss named The Fly, and her top tough guy Bill Cracker. Bill arrives with a homburg hat âВЂВ“ a trophy from Gorilla Baxley, a rival gang leader whom he has just "taken care of". The gang rejoices âВЂВ“ Bill's Beer Hall will now be the center of crime in Chicago, as great as the original Bill's Beer Hall in Bilbao ("The Bilbao Song") says the Governor which has since gotten very bourgeois and respectable.

A policeman drops off an old lady who passed out in the street. She turns out to be The Fly in disguise, and tells them a big bank job is set for Christmas Eve âВЂВ“ two days away. The Fly is angry that Bill murdered Baxley without her consent and signals the gang to kill him. The Fly leaves and the gang plots to frame Bill for killing the pharmacist they were planning to shake down.

A Salvation Army band begins to play out on the street ("Lieutenants of the Lord"). Sister Lilian (or Lillian) Holiday brings the band inside the bar ("March Ahead"), and begins to try to convert the gang. They try to assault her and Bill comes to her rescue. When the gang and the band leaves, Lilian stays behind with Bill and tries again to reach him, singing "The Sailors' Tango".

Brother Hannibal returns with the band and is shocked at Lilian's behavior. After finding Bill's gun there, the police burst in and arrest Bill for the murder of the pharmacist in his shop.

At the Canal Street Mission, Major Stone is questioning Lilian's actions. She sings a reprise of "The Sailors' Tango". The police come to take Lilian's statement. She gives Bill an alibi âВЂВ“ she was alone with him in the bar when the murder was committed. Brother Hannibal faintsâВЂВ”the result of an old head injuryâВЂВ”and the Major relieves Lilian of all her duties and tosses her out of the mission. The service begins ("Brother Give Yourself a Shove") and Sisters Jane and Mary, who are left to deliver Lilian's sermon, fail miserably.

Meanwhile back at Bill's Beerhall, the Governor, The Fly's new second in command, tells BabyFace that The Fly had made a secret deal with Gorilla Baxley to take over his gang which is now off. He gives BabyFace advice on being tough ("Song of the Big Shot").

Back at the Mission, Bill arrives at the end of the service ("Don't Be Afraid") looking for Lilian. Sam from the gang is there and tells him Lilian is gone as Hannibal sings the final hymn ("In Our Childhood's Bright Endeavor").

Lilian comes to the bar looking for Bill. Sam runs in saying Bill is out of jail and at the Mission looking for Lilian. The Governor gets his gun and goes to the Mission. Hannibal is singing "The Liquor Dealer's Dream". The Governor and Bill go out the door. There are sounds of a fight, a gun shot, and a splash. Bill runs in interrupting the last refrain. "Sing that last chorus again," he cries and jumps out the window just as Lilian comes through the front door.

Christmas Eve âВЂВ“ Bill & the gang are preparing for the big bank job. The Professor is fiddling with some sort of two way radio and Sam is dressed as a woman. They joke with Sam who sings "The Mandalay Song".

The Fly's voice comes over the radio and gives the gang their instructions. Bill will be in charge of grabbing the money. As the gang leaves, Lilian enters. She is disappointed Bill has gone back to his life of crime ("Surabaya Johnny").

Bill cries at her song but says he's still tough ("Big Shot Reprise"). The Fly comes in disguised as a newsboy. Bill recognises her and realises he's almost missed the hold up. He runs out and Lilian storms out behind him.

The gang returns but Bill is nowhere to be found. The Fly puts the hit out on him again. "Take care of him tonight and leave worrying about the money till tomorrow" (The Ballad of the Lily of Hell"). Lilian returns to the Mission and so does Bill. The Major wants nothing to do with either of them. The gang rushes in. Bill shows them he has the money. A cop comes in and the gang offers up the false alibis The Fly had given them. But the cop is there to question Bill about the disappearance of The Governor. The door flies open and The Governor walks in ("Big Shot Reprise 2"). He had only hit his head falling into a shallow part of the canal. Everyone is innocent so the policeman leaves.

Now The Fly comes in, gun drawn. Hannibal shouts "Sadie!" It turns out that he is the Fly's long lost husband ("In our Childhood Reprise"). She gives him the loot which he turns over to the Major. The Major gives Lilian her job back. The Fly steps forward and says the two groups should unite to fight for the poor against the injustices of the rich ("Epilogue: Hosanna Rockefeller"). A drunken Santa Claus appears at an upstairs window and the whole group reprise "The Bilbao Song". 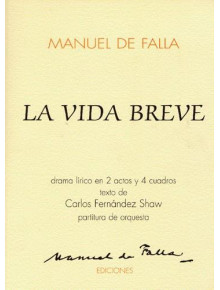 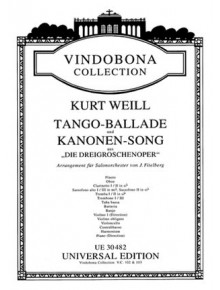 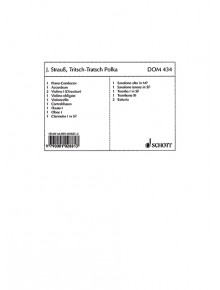 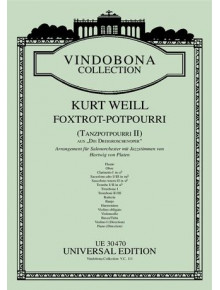 Foxtrot - Potpourri from The Threepenny Opera (Set of parts) 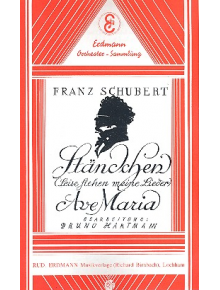